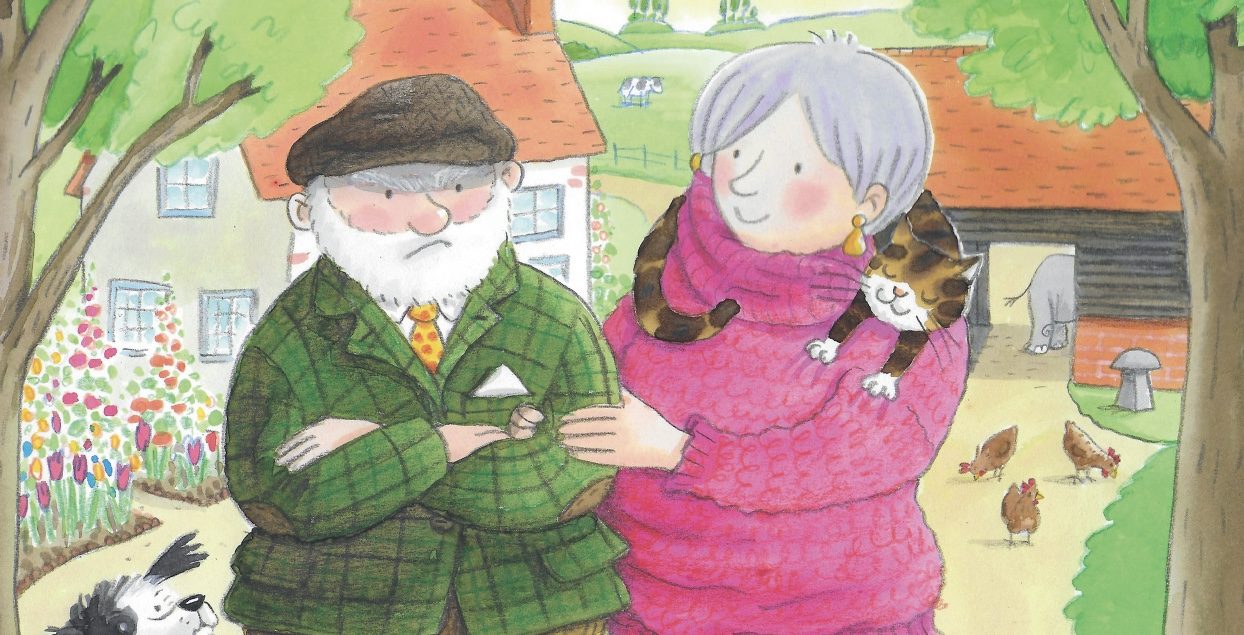 We are pleased to feature the delightful children’s book ’The Elephant and the Angry Farmer.’ This book is the first in an ongoing series based on the stories the author, Edward Bernard, told his eleven grandchildren when they were young. It follows the trials and tribulations of an increasingly perplexed farmer as he tries to find out who is responsible for the destruction on his farm. We follow the farmer and his trusty sheepdog on a romp through the farm and ruined flower beds, investigating a trail of mysteriously large footprints and comically large piles of poo! A keen-eyed child might be able to spot a tail or a foot peeking out from the undergrowth, something that adds an extra element of fun to the story.

We have enjoyed working with Edward and the talented artist Jan Lewis to see his characters brought to life in this colourful and charming short story. All the proceeds of this book went to the Oxford Children’s Charity.